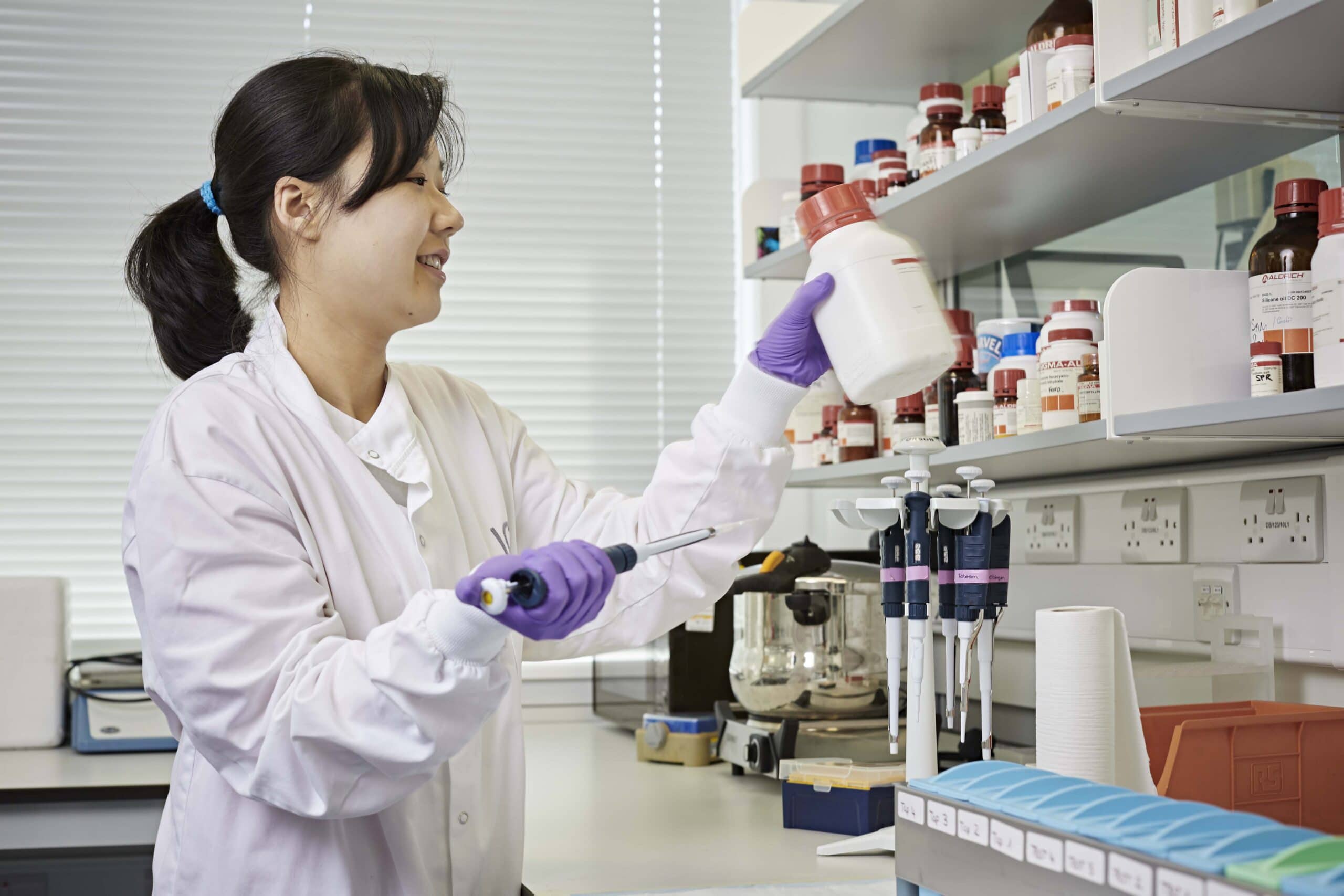 Elise was undertaking the project at The Institute of Cancer Research under the supervision of Dr Simon Robinson and was studying tumour hypoxia, or oxygen deprivation and resistance to chemo and radiotherapy.

Tumour hypoxia, or oxygen deprivation, is associated with increased tumour aggressiveness, metastasis, and resistance to radiotherapy and chemotherapy.  Hypoxia represents a major challenge in the treatment of head and neck cancer, and its adverse effects on patient prognosis are well-established.

Imaging methods to visualise the degree and distribution of hypoxia within an individual tumour would offer clear clinical benefit in personalised treatment planning.  My project has focussed on the development and application a novel magnetic resonance imaging (MRI) technique, called oxygen-enhanced MRI (OE-MRI), to non-invasively map the extent and distribution of hypoxia in models of head and neck cancer in situ.  This promising technique relies on the use of oxygen inhalation to induce changes in MR image contrast, which can be used to identify and delineate regions of oxygen deprivation.

A robust OE-MRI protocol was first developed on a dedicated pre-clinical scanner.  Subsequent application of this imaging protocol revealed extensive oxygen deprivation across all the head and neck cancer models investigated, wholly consistent with the high degree of hypoxia expected in this tumour type.  The presence of hypoxia was confirmed by histological analysis of aligned tissue sections from the same tumours.  The utility of OE-MRI to assess head and neck tumour response to a drug that alleviates hypoxia was also investigated.

OE-MRI can identify and quantify hypoxia in head and neck cancer, and has been implemented on conventional clinical MRI scanners.  OE-MRI could thus provide a cost-effective, easily translatable imaging tool for patient stratification and treatment management.

We are incredibly grateful to the many generous donors - from private individuals through to trusts and foundations who supported Elise's work.

We wish Elise all the best in her future career and if you have any questions about Elise's project do let us know!