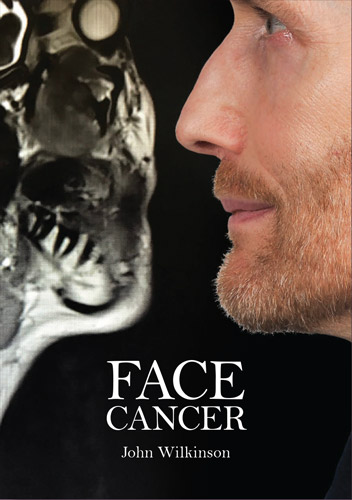 We were saddened that John Wilkinson lost his battle with cancer on Christmas Day 2019. As well as writing a book "Face Cancer" documenting his cancer journey, John raised over £125,000 to support various cancer charities and has pledged to support Oracle Cancer Trust with its pioneering research into head and neck cancer.

As he approached 50 years of age, John Wilkinson had everything he could have wished for: a good balance between his loving family and a busy work life. But in 2017, his world was turned upside down.

John underwent 30 hours of life-changing maxillofacial surgery across several operations, received almost 400 stitches and then endured other treatments such as radiotherapy and chemotherapy. His family, friends and medical team were amazed at his resolve and wanted to bottle some of his mindset.

Whilst recovering from the shock of the first operation, John had an epiphany.

He wished to help others facing cancer and give something back – a ‘thank you’ to those who had saved him.  Face Cancer is a book written by John that tells the story of his diagnosis through to the present day.  Working tirelessly, John has travelled the country to share his story at a series of book signings, with all proceeds to benefit cancer charities including Oracle Cancer Trust.  John’s inspirational and very personal story shares his diagnosis, surgery, recovery, remission and recurrence in his own words.  There are also chapters written by members of his John’s family telling the story from the perspective of those caring for someone living with cancer.

Friends, family and former colleagues from John’s employer, HSBC have all joined together and organised fundraising dinners, skydives, running challenges, abseils to support John’s fundraising and to also raise awareness about head and neck cancer.

Says John “When I was waking up from surgery it was quite traumatic, I had the idea to try and help others facing cancer.  I was determined to raise awareness about head and neck cancer as whilst they are quite rare the number of cases are growing.

Writing the book helped me to focus on something other than my illness, and hopefully people will be able to take something away from this.  Cancer affects so many people, whether directly or indirectly and hopefully this can help.”

In excess of £125,000 has been raised to date from the sales of over 1000 books and John has very generously pledged £2,500 to support one of Oracle Cancer Trust’s pioneering research projects.