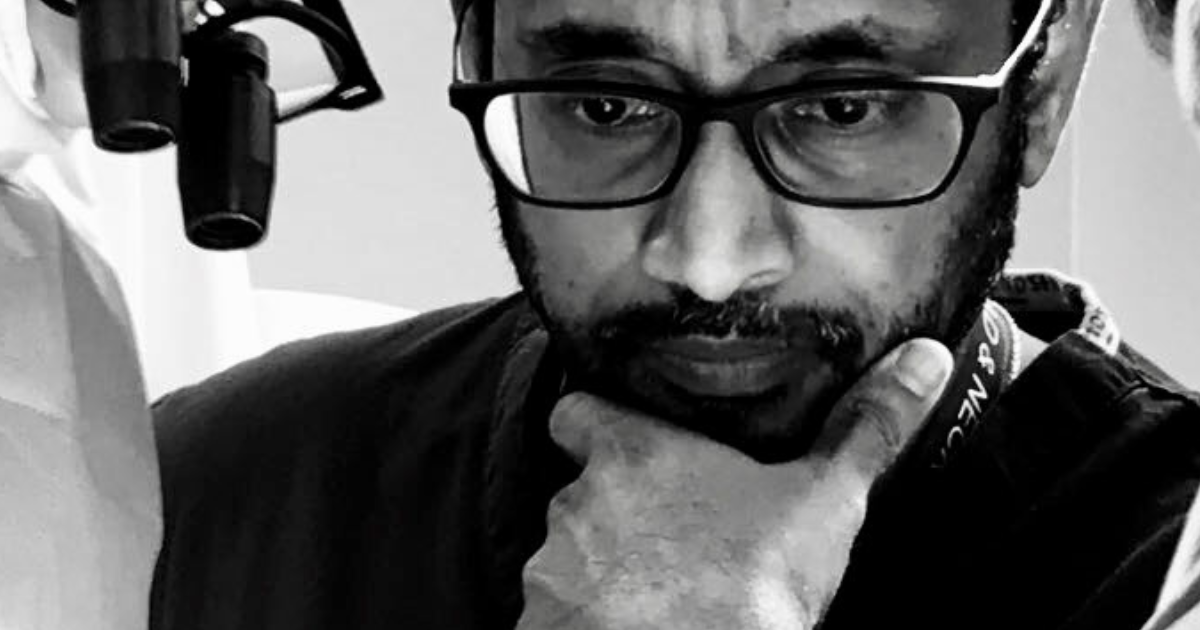 Published in the Journal of the National Cancer Institute today (10 August 2022), results from the RECUT study reveal that, following transoral robotic surgery (TORS), the two-year overall survival rate for recurrent head and neck cancer patients whose recurrence has been detected at an early stage is nearly three quarters (72%).

This improves on other treatments currently available to this patient group, which often includes further radiotherapy or open surgery, in combination or alone, or chemotherapy and/or immunotherapy with palliative intent.

TORS is a minimally invasive surgical technique which uses robotic technology to treat some head and neck cancers and has been pioneered by surgeons at The Royal Marsden.

RECUT, a global retrospective observational study funded by The Royal Marsden Cancer Charity and the Oracle Cancer Trust, analysed the data of 278 consecutive cases from 16 centres across the UK, Europe, North America, and India. All patients had previously been treated for a head or neck cancer with radiotherapy, were subsequently diagnosed with recurrent throat cancer and were treated with TORS prior to 1 August 2018.

Previous studies have reported two-year survival rates for patients with recurrent head and neck cancer. For example, following repeat treatment with intensity-modulated radiotherapy (IMRT), which uses linear accelerators to deliver very precise doses of radiation shaped to the size of the tumour, around four to five in 10 (40-50%)1 survive for two years, compared with just over three fifths (62%)2 of those treated with repeated IMRT and open surgery2. Two-year survivals rates for patients treated with open surgery alone have been reported as around one in two (52%)3.

RECUT also suggests that robotic surgery can offer patients’ good quality of life compared with other treatment options. The study revealed that, immediately following robotic surgery, around two-fifths of patients were supported with a tracheostomy (38%) for breathing and/or a gastrostomy (39%) for eating. After a year, this had fallen to just one in ten (11%) with tracheostomies and a third (34%) with gastronomies but, crucially, nearly three quarters (74%) of patients were able to eat soft foods or better.

This is a striking improvement compared with open surgery, with previous studies reporting that, following open surgery, around four fifths (79%) of patients with recurrent head and neck cancer need a tracheostomy and three-quarters (75%) need a gastronomy4.

Head and neck cancer is an umbrella term for cancers of the nose, mouth, throat, voice box, thyroid and salivary glands. It is the 8th most common form of cancer in the UK with over 12,000 cases diagnosed each year. It is estimated that between 20% and 40% of head and neck cancers will return after treatment. Study lead Professor Vinidh Paleri, Consultant Head and Neck Surgeon at The Royal Marden NHS Foundation Trust, said:

“Until now, there was little evidence that robotic surgery could improve outcomes for patients with this disease. Recurrent head and neck cancer can be incredibly difficult to manage as patients have already been treated, often with surgery and radiotherapy, which can cause anatomical changes, scarring, and impaired healing. For these patients, the very latest in surgical technology and treatment is vital for successful treatment, so TORS is an extremely welcome innovation.

“Crucially, this study also suggests that TORS can improve the quality of life of people with the disease. Treatment for recurrent head and neck cancer can have a devastating impact on the ability to speak and eat, which are so fundamental to our enjoyment of life, and this minimally invasive technique can offer patients faster recovery times, with reduced need for medical equipment to support breathing and eating.”

Professor Michael Thick, 71 from Norfolk, was diagnosed with oropharyngeal cancer, a type of head and neck cancer, in 2009 at The Royal Marsden. His treatment included surgery and, through a clinical trial, chemotherapy and radiotherapy in combination. Unfortunately, Michael’s cancer recurred in 2019 and he was treated at the hospital with robotic surgery. Three years on, Michael is cancer-free. He said:

“As a former transplant surgeon, I know a fair bit about cancer and its treatment and, while I hoped I had been cured in 2009, I knew there was a chance it would come back. In 2019, when I noticed swallowing felt uncomfortable and slightly painful, I mentioned my concerns to my consultant who, after tests, confirmed the cancer had recurred.

“The treatment following my first diagnosis left me a fraction of my original weight and extremely unwell. My recovery was slow, and it took over a year to return to work. Fortunately, in 2019, I was offered robotic surgery to remove the cancer. It was a very attractive choice as the alternative would have been very unpleasant; open surgery where my jaw would have been split, followed by full facial reconstruction.

“After the operation, I was able to go home after just three nights in hospital and my recovery was thankfully quick and uneventful. The surgery was a success, and I’m now cancer-free. I’m also able work, pursue my hobbies – from beekeeping and deer management, to flying planes and sailing boats - and I can speak and eat with care.

“Without The Royal Marsden combining leading-edge research with clinical practice, I wouldn’t here today. When I was first diagnosed, I was treated through a clinical trial and the second time, I was offered robotic surgery, an innovative new option for recurrent head and neck cancer patients at the time. Thanks to them, I’ve returned to normality.”

The RECUT study was supported by the International Centre for Recurrent Head and Neck Cancer (IReC), thanks to Royal Marsden Cancer Charity funding, and the Oracle Cancer Trust.

IReC is the world’s first centre for recurrent head and neck cancer and was launched at The Royal Marsden last year to accelerate research and improve patient outcomes. IReC has been made possible thanks to founding donors Charles Wilson and Dr Rowena Olegario, and Keith and Isabelle McDermott’s generous support of The Royal Marsden Cancer Charity.

Posted in Research
← Leading head and neck surgeon to appear in TV seriesObituary for Peter Rhys Evans →
Our website uses cookies to analyse traffic and personalise advertising. To find out how we use this information please read our Privacy PolicyCookie settingsACCEPT Reject
Manage your Cookies